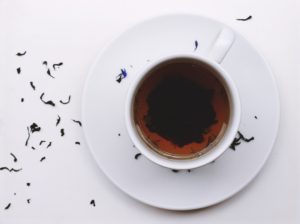 Where did this British love affair with tea start? The earliest mention of tea in English literature was in a letter in 1559 from an agent of the British East India Company who asked for a “pot of the best sort of chaw” (Chah being Cantonese dialect for tea), but it wasn’t until 1660 that it was first sold in coffee shops in London.
Originally thought to have medicinal benefits, it soon became popular among High Society when Charles II’s wife, Catherine of Braganza introduced it to the ladies of Court. 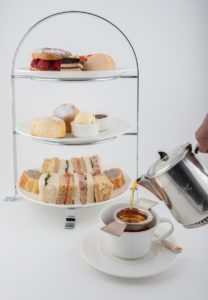 The invention of Afternoon Tea is said to be credited to Anna Russell, the 7th Duchess of Bedford. Often hungry between lunch and dinner, she asked for bread, butter, cakes and tea to be bought to her chambers at 4pm. She soon started inviting her friends and it became a social occasion among the Upper classes. Traditionally there would be dainty sandwiches, cakes and pastries, with tea served from silver pots into delicate bone china.

Often confused, there is a big difference between High Tea and Afternoon Tea. Afternoon Tea, which was known as “Low Tea” was enjoyed by the upper classes, and was taken at low tables and eaten between 4pm and 5pm. “High Tea” was adopted by the working classes and was taken between 5pm and 6pm, from a high table, and consisted of a cooked meal, bread, and tea. 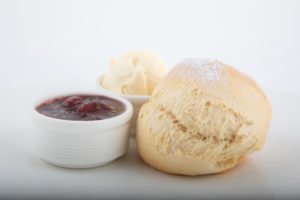 So, what is Cream Tea? A combination of tea, scones, clotted cream and jam. It is suggested that this was invented as early as the 11th Century in Devon – which may mean that the correct way to enjoy scones is with cream and then jam, which is how they do it in Devon, as opposed to jam and then cream! And how do you pronounce “Scone”? To rhyme with “cone” or “gone”. Apparently this has more to do with where you live than how posh you are (or think you are!)

There’s also the great debate as to when to add the milk to a cup of tea.
Traditionally, adding milk last was a sign of wealth: if you had poor quality china you could risk cracking the cup if adding hot tea straight to it. Nowadays it is more a matter of taste. There’s also great etiquette in how to even hold your cup! Pinkie out? Apparently not! It requires a loose grip around the handle. If enjoying tea sat down, only the tea cup should be lifted, not the saucer. Whoever knew that drinking a simple cup of tea held so many intricacies!

With all this talk of tea, I best go and get myself a cuppa…it’s a Builder’s tea for me! 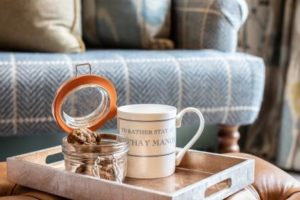 We serve Afternoon Tea Monday to Saturday 2pm-4pm and Sunday 3:30pm-5pm. Priced from £21.50 per person. So, whether you’re celebrating a special occasion, or just the Great British Tradition, it’s always the perfect time for a nice cup of tea (made even better with sandwiches, scones and cakes!)

14th August 2019 / Jenna / Comments Off on A Great British Tradition

In light of the Prime Minister’s address in the

We are so pleased to have been awarded a Michelin

A wonderful wintry day in the Lakes, perfect for a

Don’t worry folks, you’re not missing much in

I may just have to set up my Sunday morning breakf

What a year it’s been! I’m loving the fact th